Only select local pork and exquisite seasonings are the ingredients in this delicious fine mold salami. A secret of our Caranthana lies its slow aging for at least 12 weeks in the mountain air until its full flavor unfolds. Its distinctive feature is its wonderfully-rustic cross section in combination with its elegant white mold. Mildly aromatic with a hint of white pepper, the air-dried Caranthana is a hit with every connoisseur.

TIP: Magnificent as part of an antipasti plate or finely chopped on a delicatessen tray. 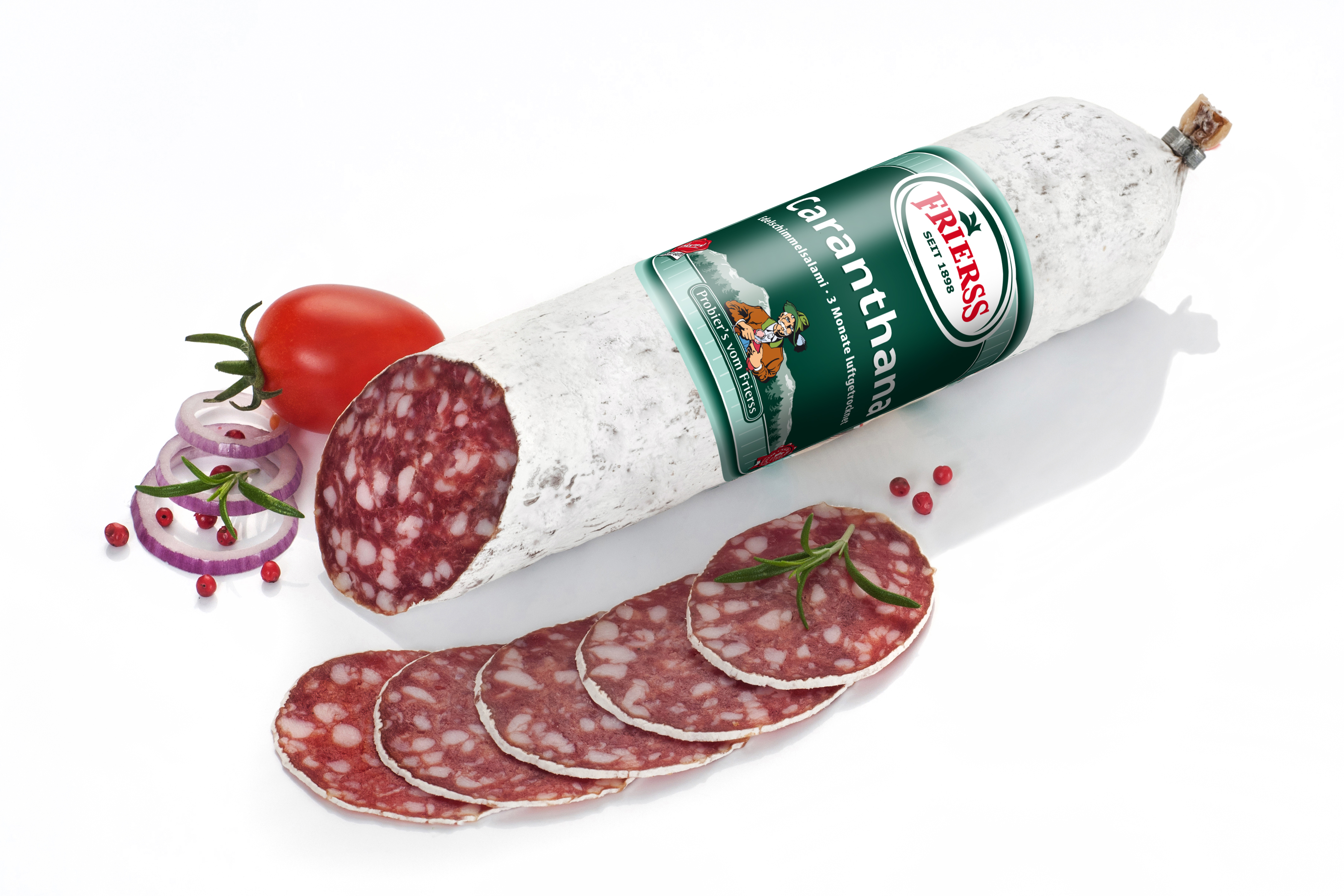 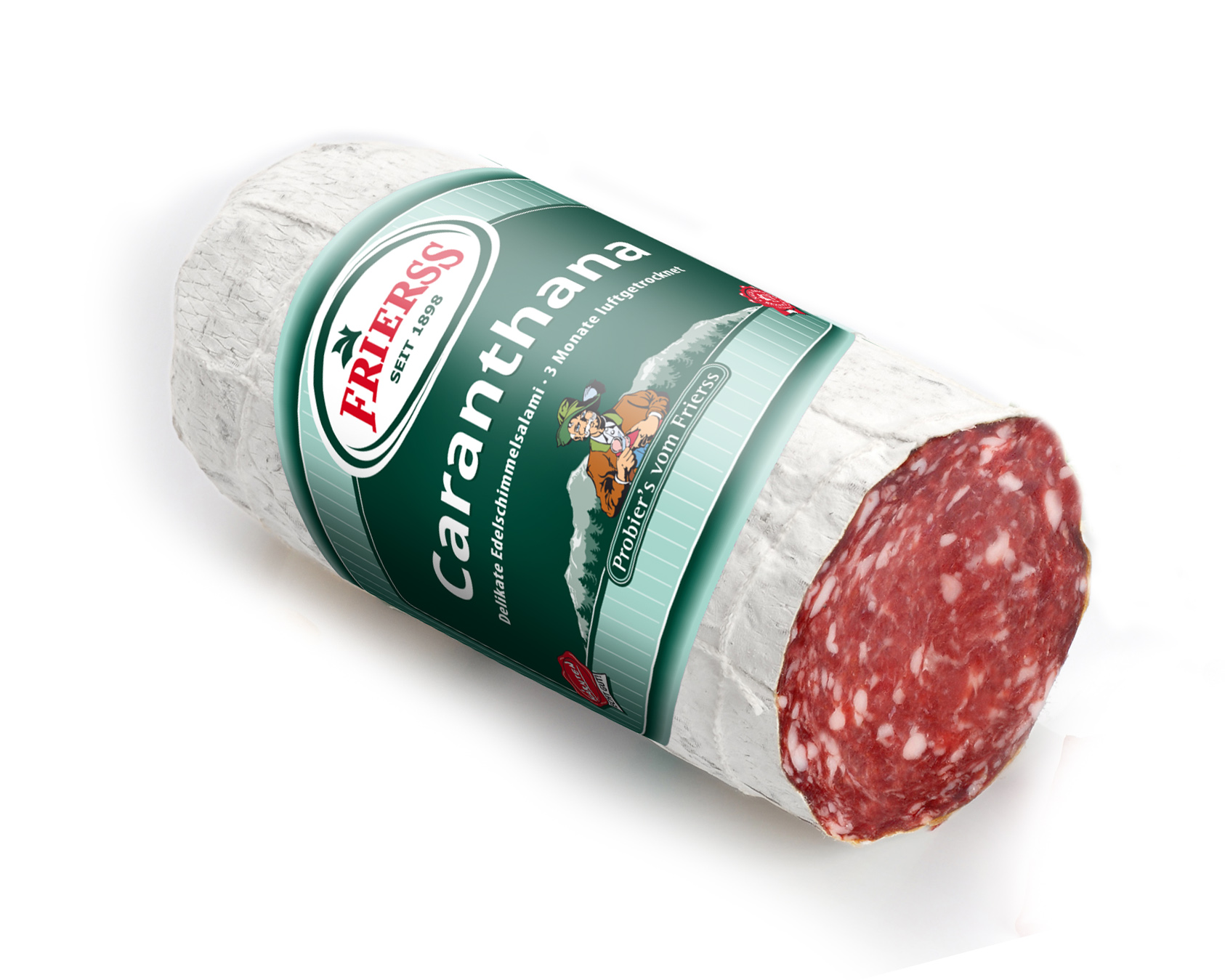 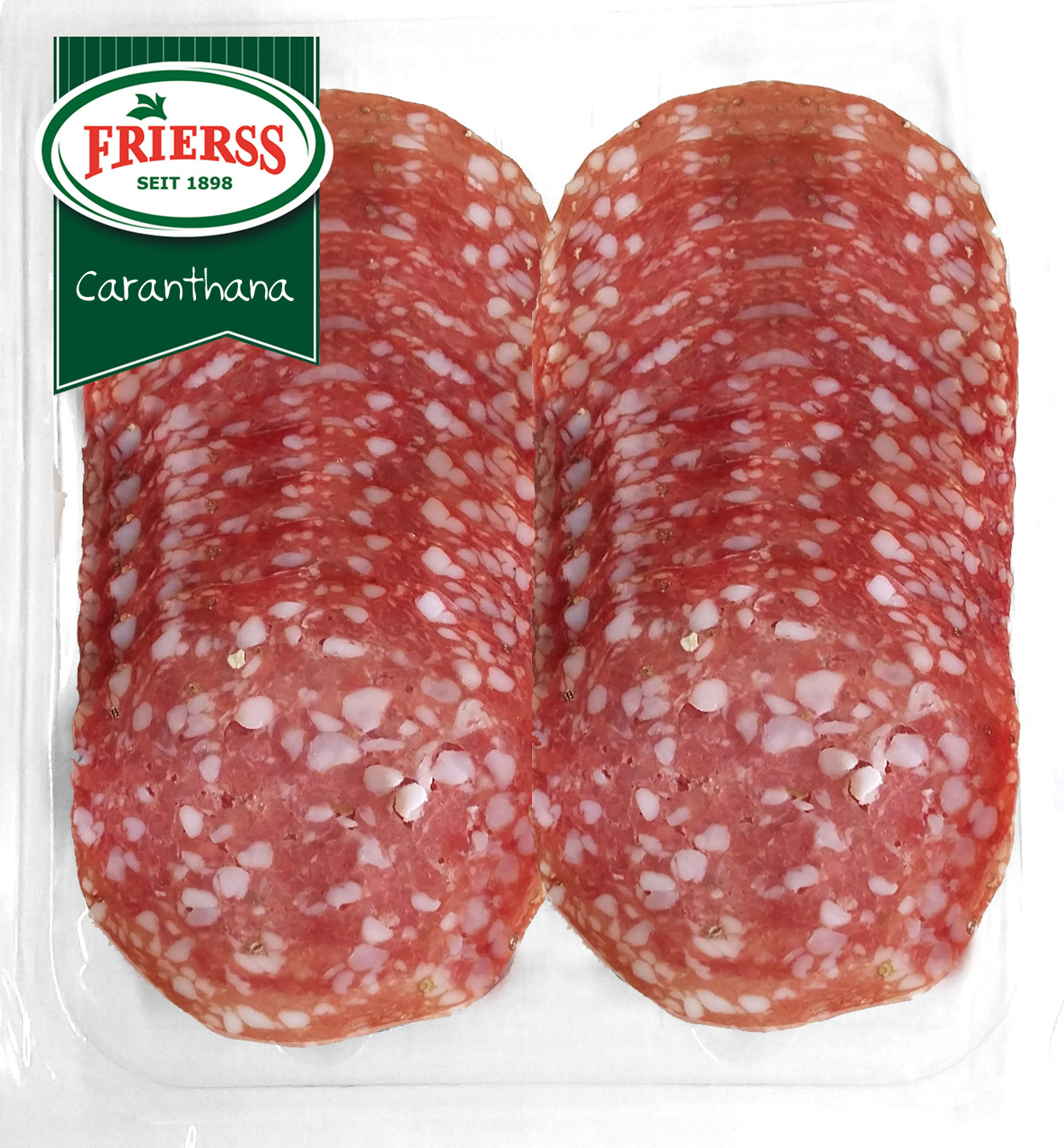 Frierss is recognized Austria-wide as a prime example of the highest salami art. The Frierss family has been maintaining this traditional artisanry over generations. 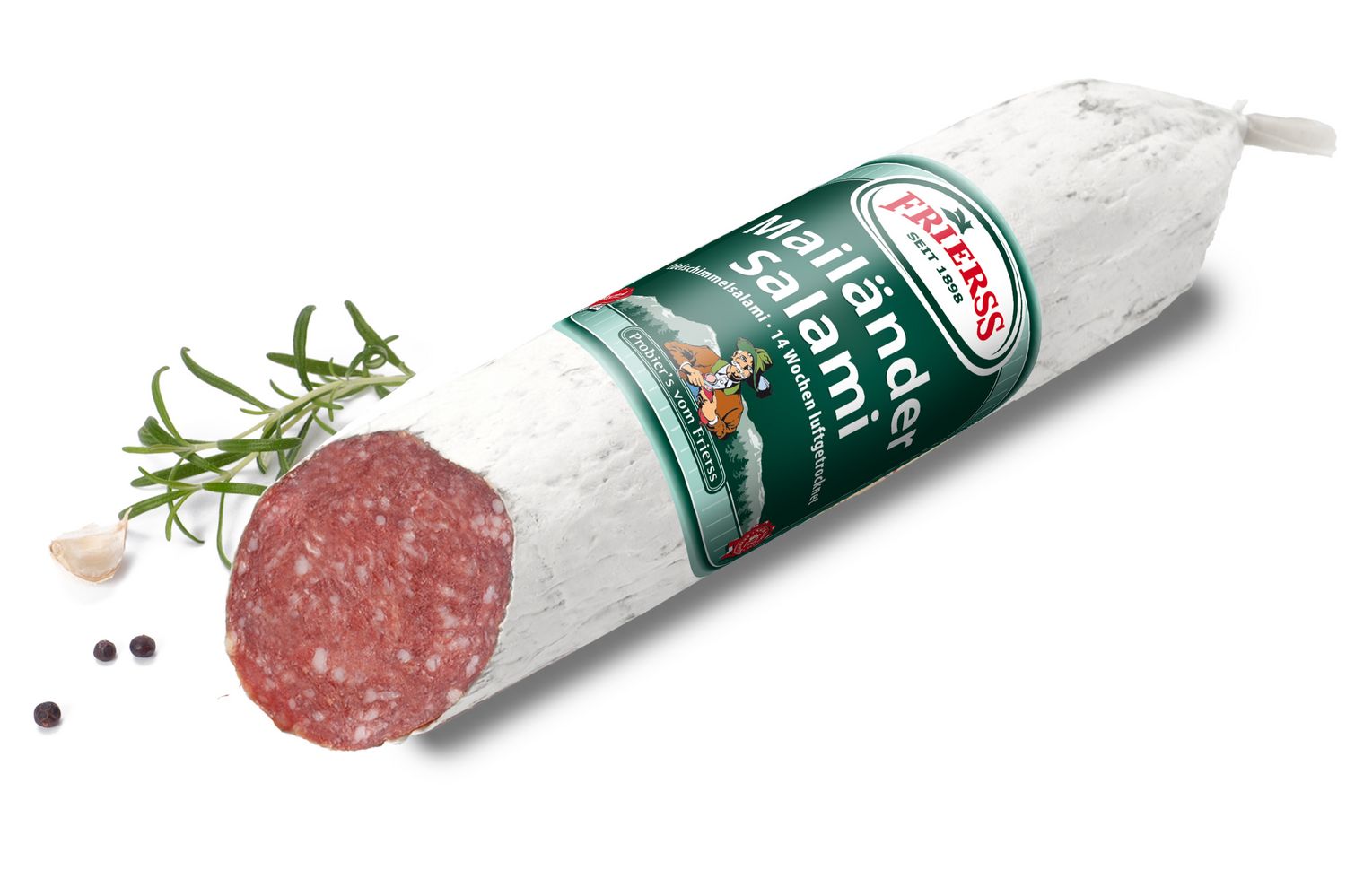 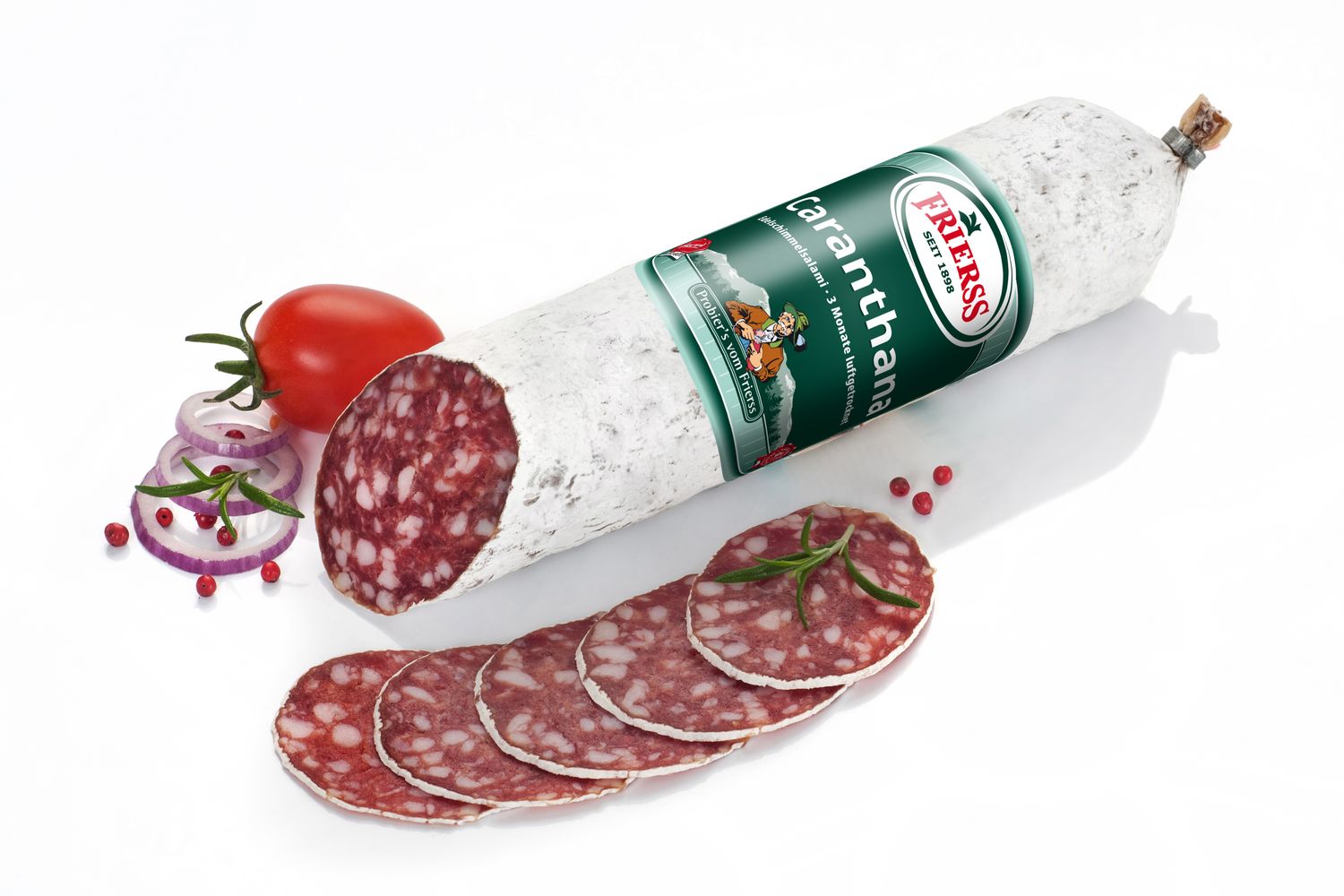 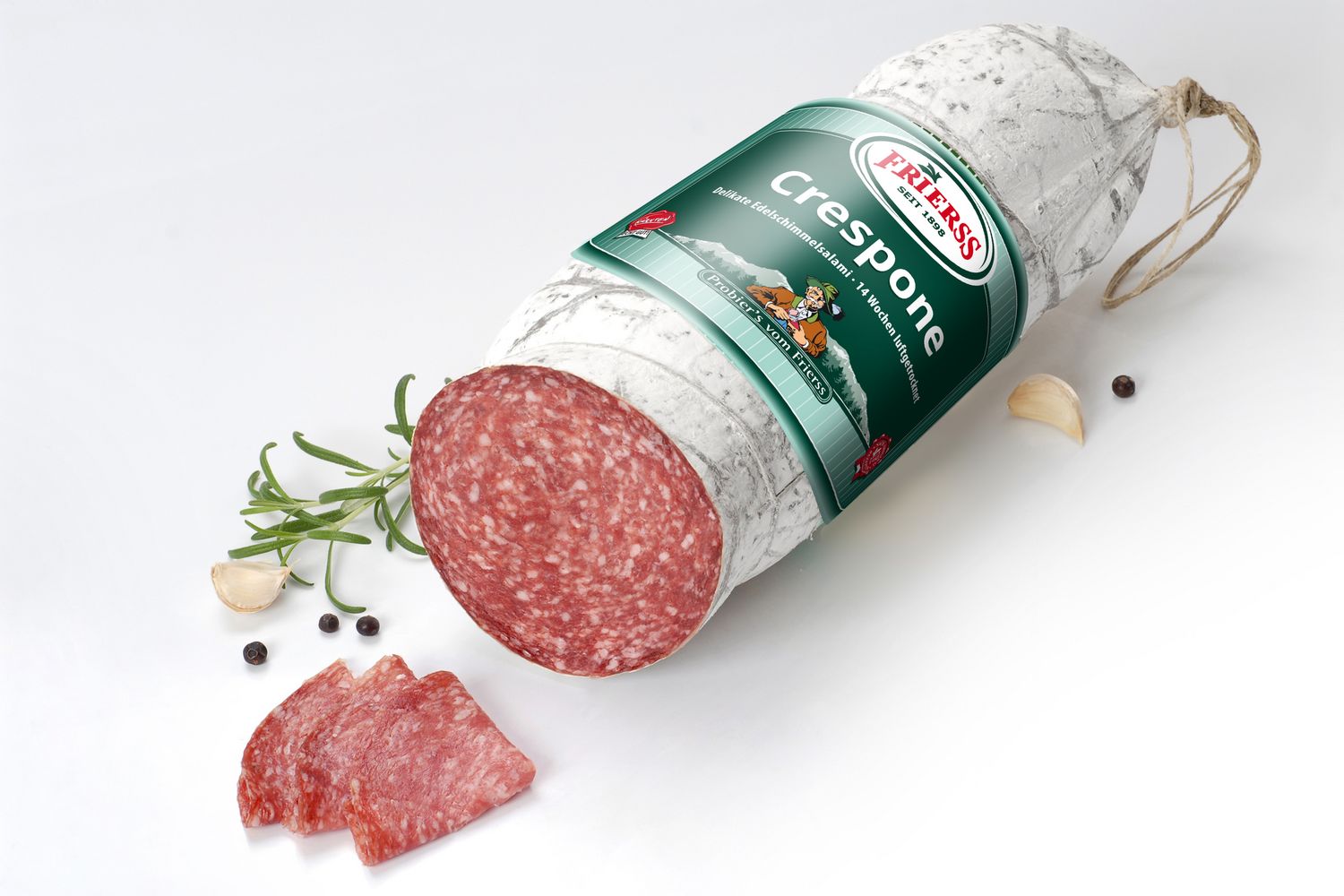 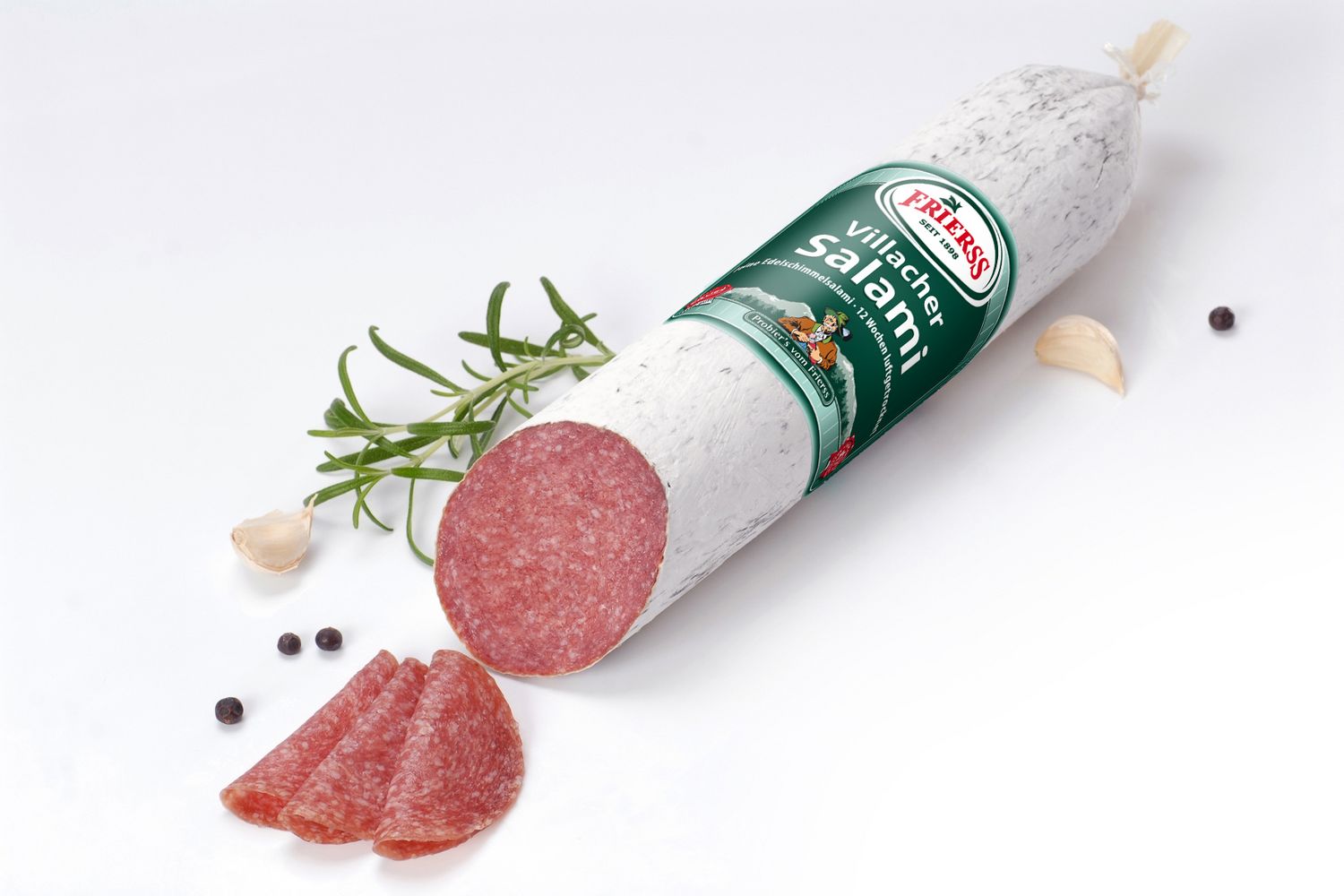 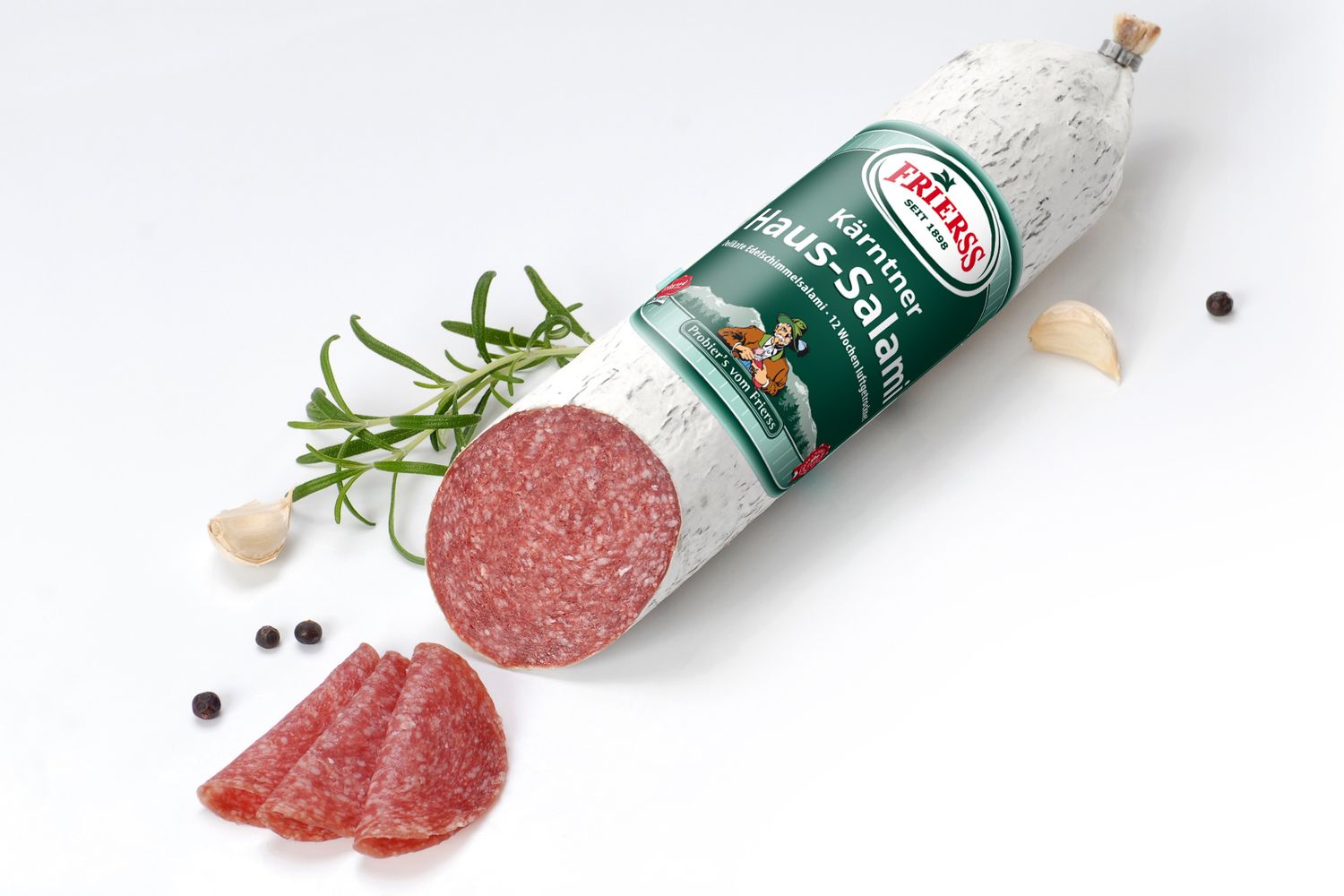 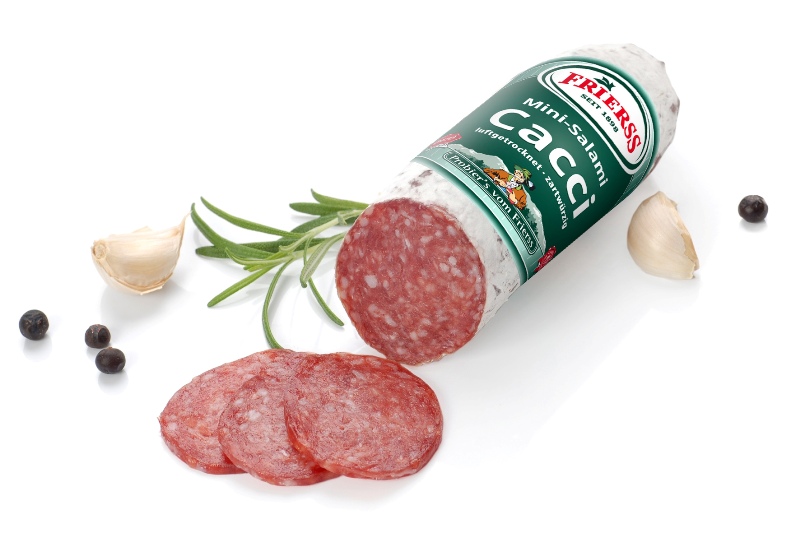 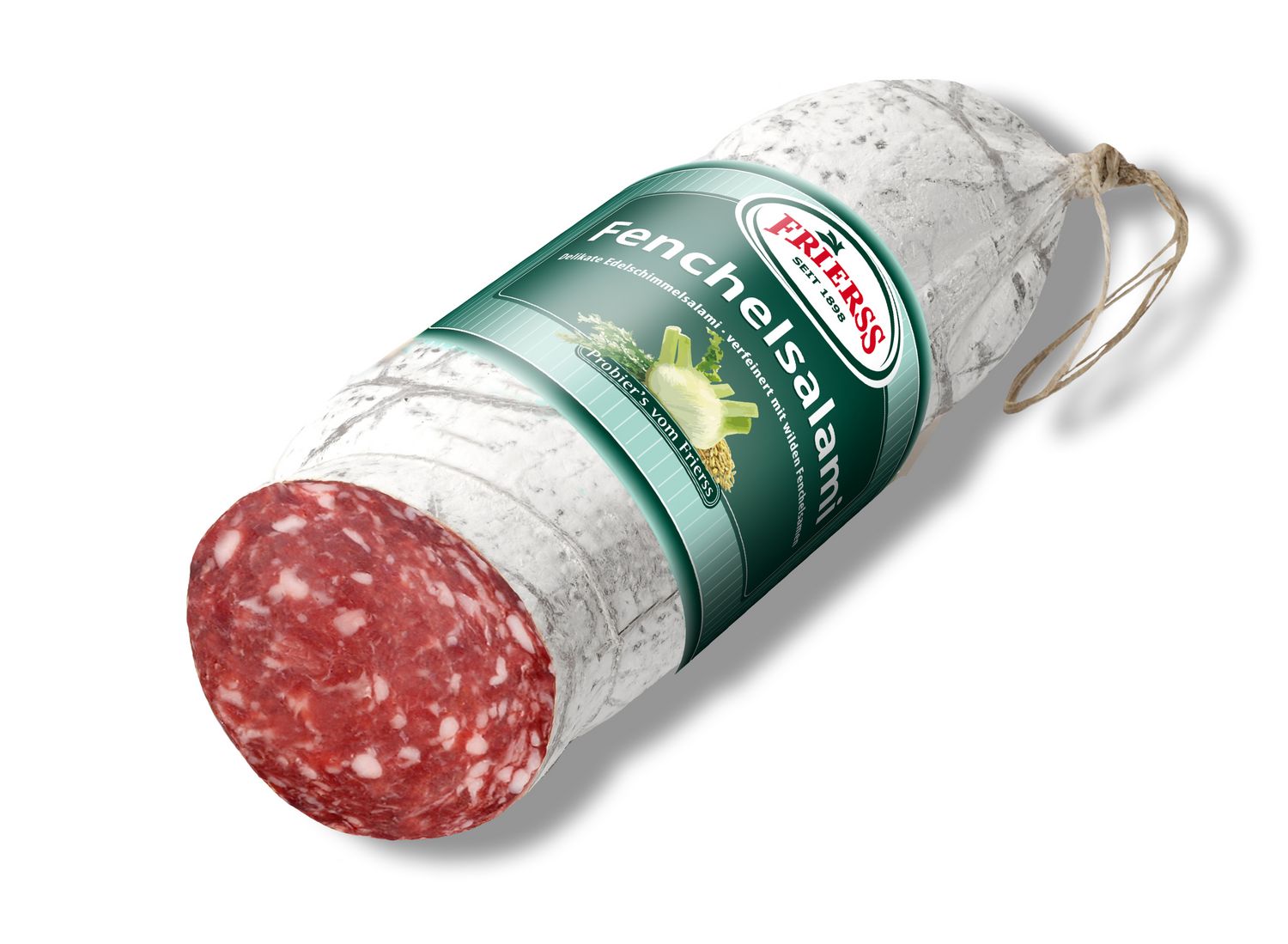 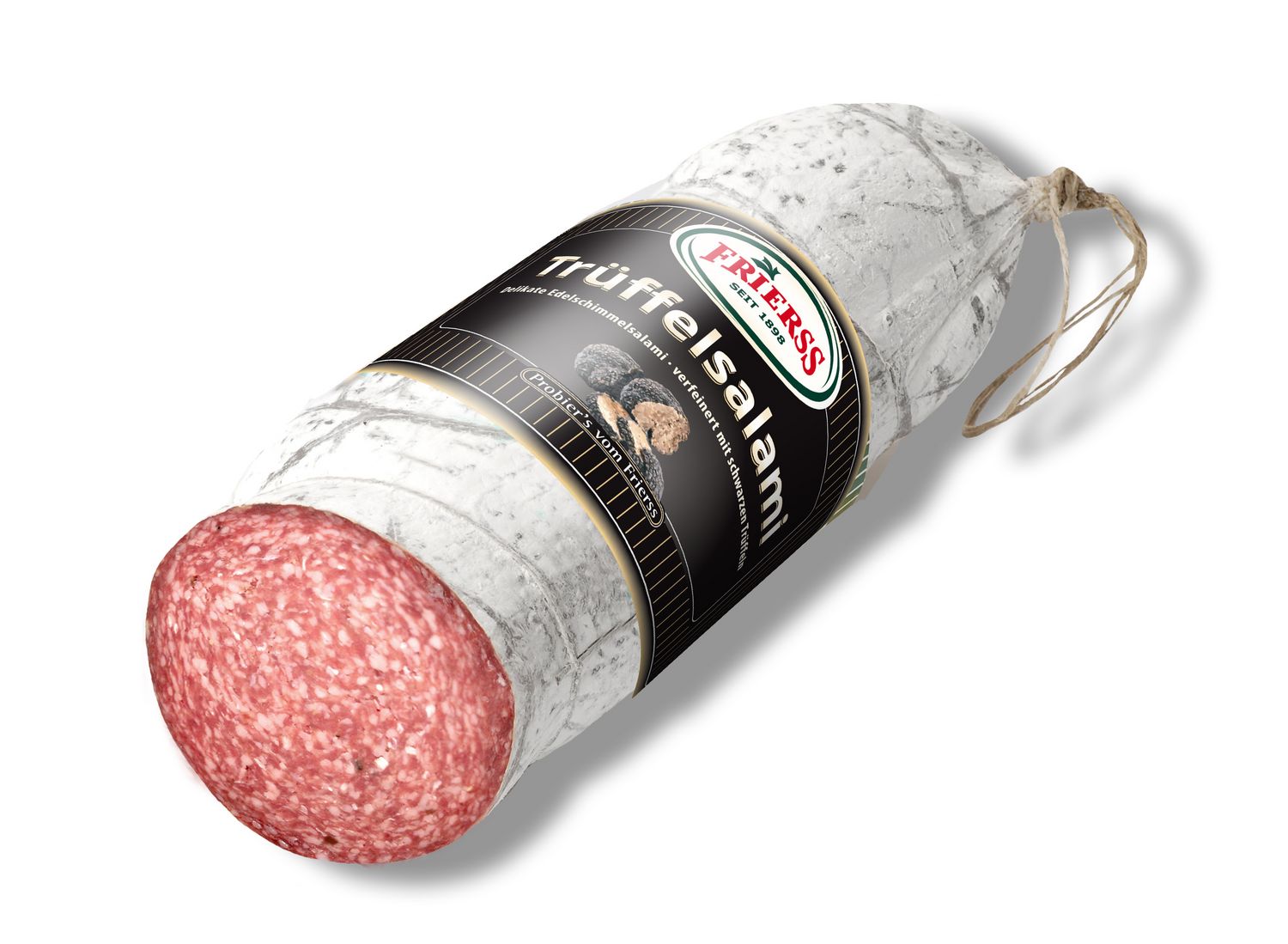